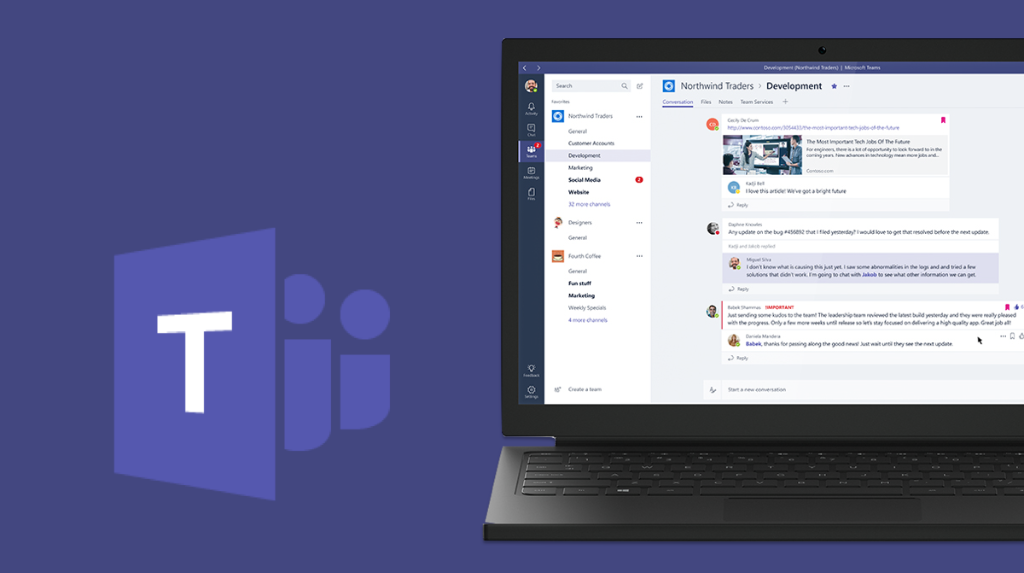 Microsoft have announced their plans for combining Skype for Business and Microsoft Teams, setting out how the two communications platforms will merge in a new Microsoft Teams roadmap.

As Lineal predicted just a few weeks ago, Microsoft will indeed align the two apps under one heading, named Microsoft Teams, from Summer 2018.

Microsoft Teams, a super-smooth instant messaging and group sharing app for business, will go head to head with rapidly expanding collaboration app rivals like Slack and Basecamp, but will incorporate the enterprise business telephony and conferencing abilities (including PSTN calling, video conferencing and group screen sharing) from the hugely popular Skype for Business.

Consistent across Windows and Mac client versions, on mobile and in the cloud – the new teams roadmap details ‘Messaging’, ‘Meeting’ and ‘Calling’ changes to the app for Q4 2017 through to Q4 of 2018.

On the Messaging side all new planned features (for example contact groups, chat between the two apps and Skype for Business contact import) will be available by the end of Q1 2018, although Meeting and Calling additions are more gradual.

Certain Meetings features, such as browser-based meetings via teams and audio conference calls will be available by Q4 of 2017, although power uses will need to wait until Q2 of 2018 for more advanced features such as recording, powerpoint share and PSTN fallback.

Call queues, out of office support and transfer to PSTN call tools will be running by next Summer, with call park and shared line appearance delayed until Q4 of 2018.

Users can already run both Skype for Business and Teams side by side, although Microsoft will increasingly push users in the direction of the latter. Extra help materials for organisations making the transition can be found here.

Both Teams and Skype for Business are already included at no extra charge to Microsoft Office 365 Business Premium customers, although many do not even realise the leading communication apps are available to use.

While the combined product is likely to be an extremely powerful and flexible business tool, Microsoft’s challenge for the Teams roadmap will be to make Microsoft Teams as much of a household name as the Skype brand.

Lineal are a Microsoft Gold partner – contact us today for Office 365 support.