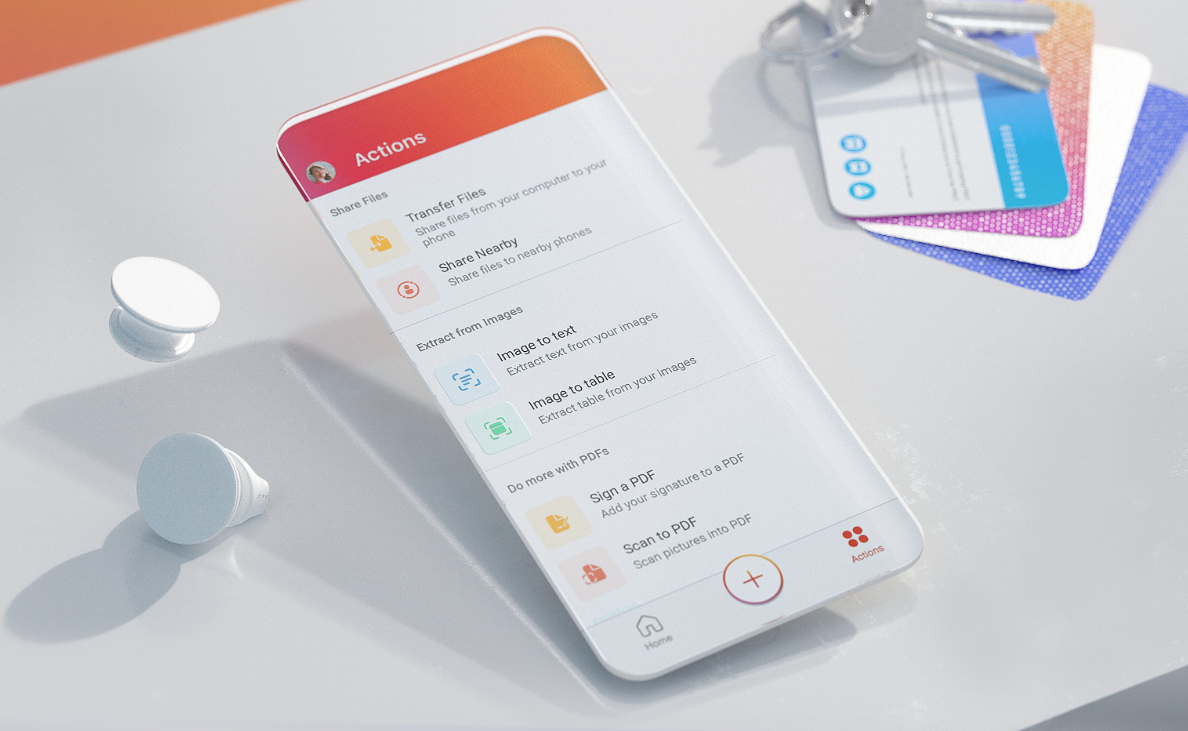 Microsoft have combined the mobile versions of its Office programs into a single new Office app, uniting Word, Excel and Powerpoint under a single banner.

It’s true that Microsoft would prefer you use their whole Office 365 suite of apps, but the combination isn’t just strategic – the new mobile Office includes a whole toolkit of new abilities better optimised for mobile.

A number of typical tasks people might tackle when using a smartphone, such as PDF signing, reading QR codes, photo-to-document conversion or scanning PDFs with Microsoft Lens, are all ‘baked in’ to the new mobile Office version, with Microsoft clearly trying to maximise awareness of these lesser-known extras.

Such tools are activated from a new ‘Actions’ menu aimed at simplifying the controls users have to input to complete common tasks, as part of Microsoft’s Fluent design scheme.

Microsoft Word comes with a new dictation ability (which may be familiar to those using the desktop app) that supports speech to text. It’s hard to imagine users writing lengthy documents this way unless forced not to type, although assembling plain text into a OneDrive file for others to collate, or editing changes into an existing project might be more practical.

Excel is, of course, not a natural fit on mobile – where individual cells remain a bit fiddly on a touchscreen. Even so, there are improvements here too: Excel ‘cards’ simplify wide Excel rows into a simple summary, which ensures the user doesn’t have to open an unwieldy spreadsheet to find information.

Again, there’s an awareness here – that very few users will seriously attempt heavy editing via mobile, but access and convenience is critical for a workforce that increasingly operates on the move. Powerpoint presentations can also be created from a bullet-point list: not a work-of-art perhaps, but potentially a lifesaver at short notice.

Outlook, Teams, OneNote and the other Office 365 apps remain independent (for now) although it’s easy to imagine some of these also being merged into the combined app in future, as Microsoft seeks to build a seamless experience between the different productivity apps of the popular Office package.

Microsoft Office is available for iOS via the App Store here: (https://apps.apple.com/app/id541164041) and for Android via Google Play here: (https://play.google.com/store/apps/details?id=com.microsoft.office.officehubrow)

Lineal are a Microsoft Gold Partner – for IT support and expertise, please contact us today.