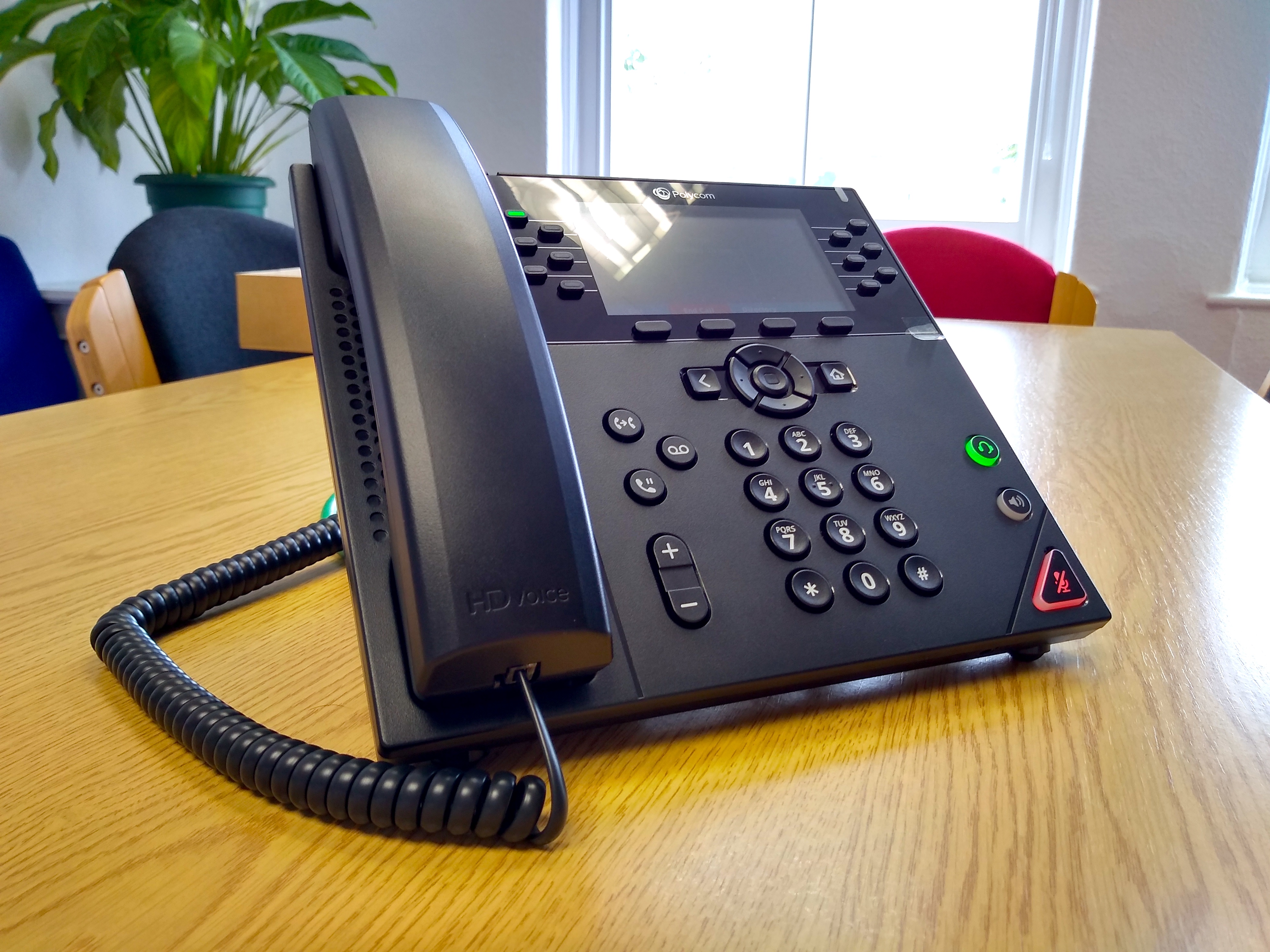 Communications giant Poly (nee ‘Polycom’) have launched their new VVX450 series phone handsets – and our team at Lineal have taken it for a test drive.

On first impression, the new handset is exceptionally eye-catching – the square design certainly feels modern and cutting-edge, if a little serious. All the controls will feel very familiar to users of the very successful VVX410 and VVX411 handsets, but the phone’s 4.3″ full colour screen is the most dramatic improvement – with a wider display and higher definition that appear much sharper.

Much like the VVX411, the menus and buttons are simple and intuitive – continuing the same focus on ease-of-use that has seen Poly sell VVX phones in the hundreds of thousands across the UK, into a very diverse array of business sectors.

We were particularly impressed by the speakerphone. Polycom have cranked the in-built speaker up to eleven, and the Polycom VVX450 could easily be used as a capable conference phone for a typical meeting room.

Someone may have been slightly over-ambitious with the phone’s size: desks may include less paper these days, but the handset feels large and space might be an issue in more traditional working environments. As before, the VVX450 supports single-cable (‘POE’) network and power, PC pass-through, headsets and more, but is noticeably larger than the VVX411 predecessor, itself a substantial handset. Overall, the impression is that the new model may look more naturally at-home on the desk of an executive, rather than an occasional phone user.