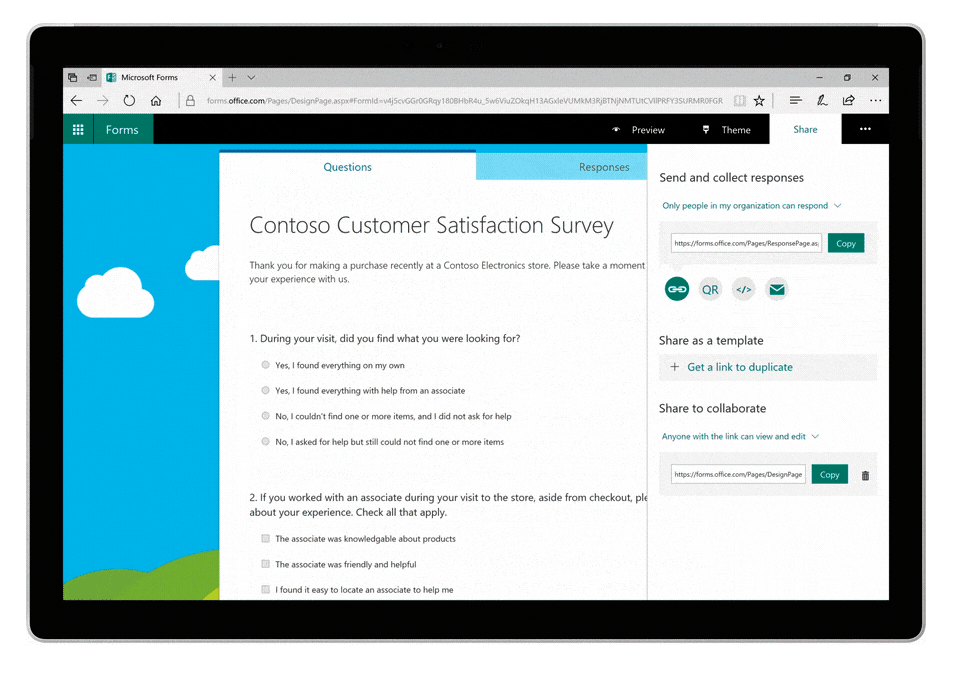 Originally released to Microsoft Education customers for classroom use, the commercial release is likely to interest those gathering client or staff feedback, or doing market research.

The delay in launch has been worth it though: entirely cloud-based Microsoft Forms boasts some more advanced features than free alternatives, including branching surveys which alter question paths as the subject answers, and more extensive visual customisation – helping companies match each survey to their branding.

By swapping from the ‘Questions’ Tab to the ‘Reponses’ tab form-builders can view data collection in real-time and Forms integrates nicely with other popular business applications in Office 365, including Excel and even SharePoint. As with others, form-builders can also use a range of link-based permissions sharing to make surveys open to exact security groups.

It’s not yet been made clear which Office 365 packages will grow to include Forms as standard, although it looks intuitive, clear, responsive across a wide array of screen-sizes, and powerful enough to become a firm-favourite.

Lineal are a Microsoft Gold Partner and Authorised Education Gold Partner: for Office 365 support and advice – contact our team today.