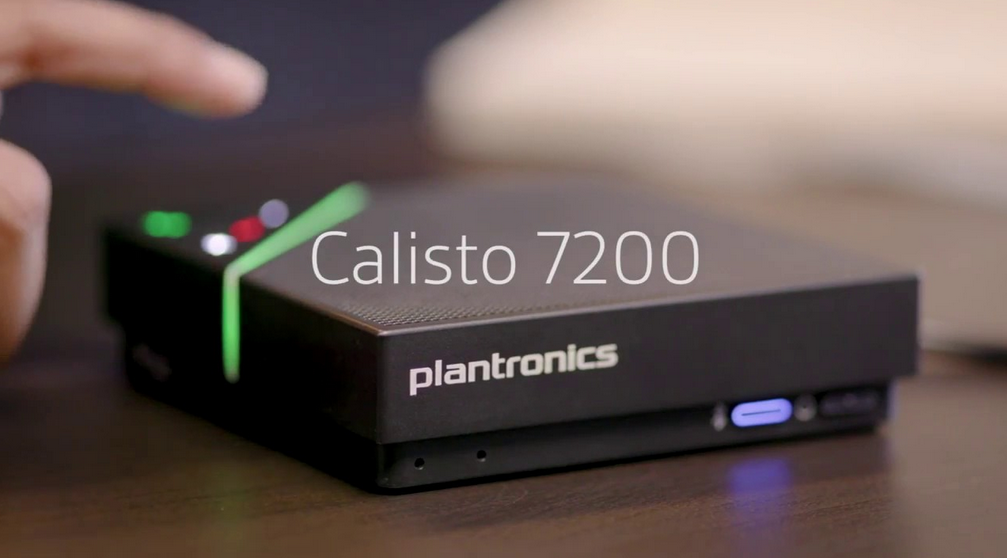 Conference phones have traditionally had image problem. Costly, serious pieces of equipment, which often retail north of £350 for even a basic model, they feel inconvenient. Used infrequently, they’re sometimes more complicated than a telephone should be.

Worst of all, for all but the most established of businesses, a conference phone is a little… heavy-duty. Wired-in, with a large footprint, tangle of cables and strange satellite microphones – conference phones are an invasive species in the meeting room.

Four directional microphones (which can focus on sound from whomever is speaking) give 360 degree meeting-room coverage and efficient noise-cancellation to the Calisto range, which in a novel twist: is battery powered.

Plantronics, whose reputation for high build-quality audio equipment (particularly headsets) has been well-earned in the air-traffic control sector and moon landings, are increasingly reaching out with more accessible desktop telecoms hardware – even acquiring another successful Lineal communications partner: Polycom, back in March.

There’s a pleasing practicality to the Plantronics Calisto range: both USB wired and bluetooth connections are available to connect to either laptop, PC, tablet or your smartphone (in addition to USB wireless on other models.)

At only 270g, and just 11cm square, it’s small enough to be truly portable – tidied away into a desk drawer or moved to ‘create’ new meeting room spaces whenever needed. In the real world, where meeting rooms need to be swapped at a moment’s notice, why not just pick your conference phone up and carry it down the corridor?

For smaller and medium sized businesses where workspace might be limited, the Calisto’s ease-of-use helps present both a professional image, and finally makes conference calling into something within reach of everyone.

Previous models of Plantronics Calisto (including the 600 series) have been well received, and Plantronics has judged the small business market well. Expect great things.