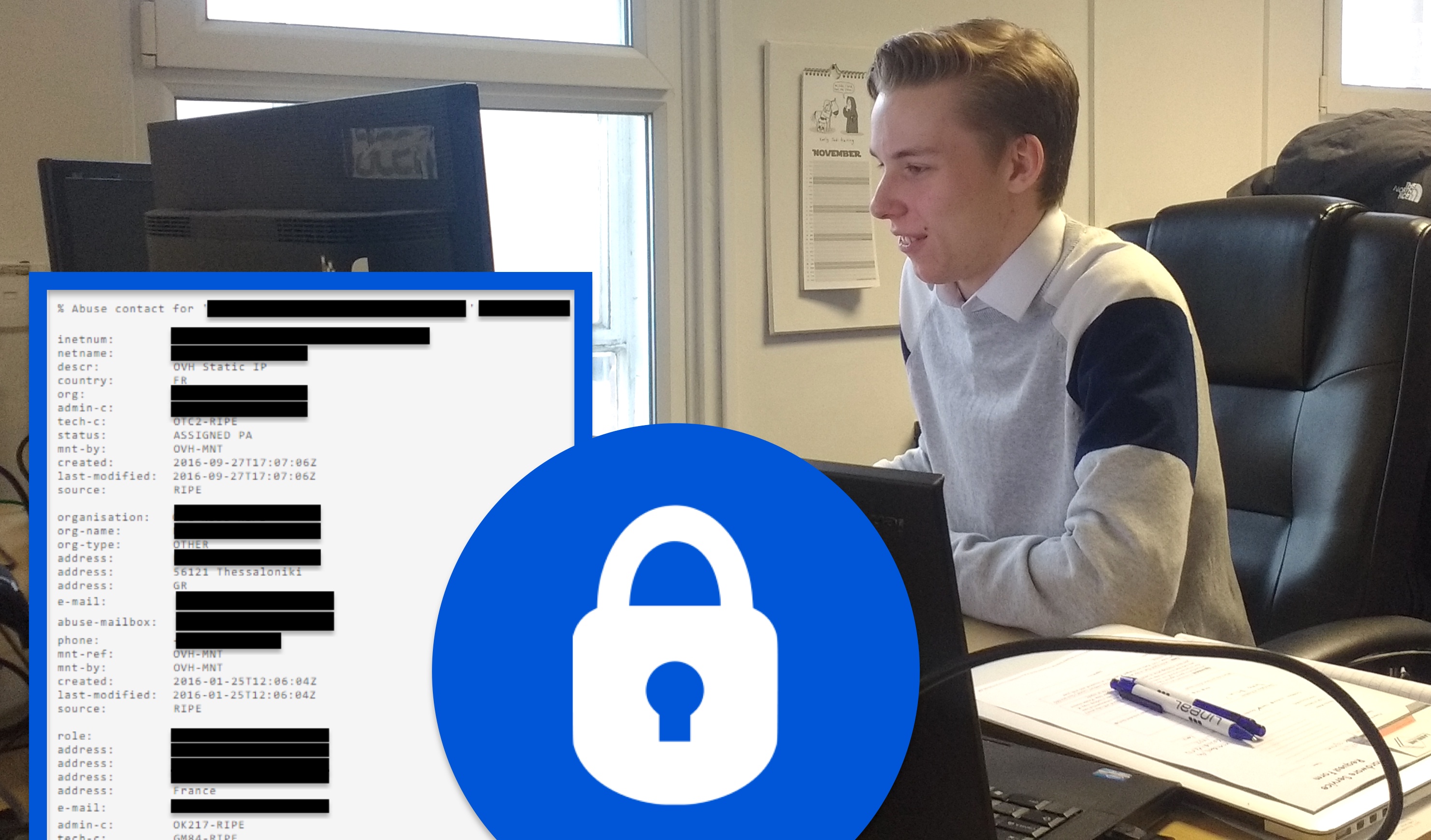 Here at Lineal we check a lot of suspicious emails – containing everything from fake invoices, dodgy downloads and even new ‘Zero-day’ ransomware threats not yet seen elsewhere on the internet. Cyber-security is a rapidly developing battlefield.

Last week our security trainee from Petroc, Lewis, received a fairly typical ‘Phishing’ email – designed to look like an official request for information in order to trick recipients into handing over personal details. Keyboard at the ready, he decided to go on an investigation – hunting down email scammers.

‘Your Apple ID has been suspended’ read the headline, but never fear, you can reset your account by typing in your private details via ‘Appl.e.com’. It may sound like an obvious scam, but the written quality of the email was high, and Verizon estimates that more than 25% of Phishing emails are not only opened, but clicked on by unsuspecting victims.

The email link itself looked suspicious so Lewis stripped the exact page link back to it’s original domain as our first clue. A quick HTTP lookup found the IP address of a Linux based Server with several open ports.

The scammers themselves were careful – expanding the email header shows an encrypted code in place of an email reference.

Online tools like GeoTool suggested the server sending the email had been French (although mapping this an imprecise science – suggesting the Parisian machine was sat at the bottom of the river Seine.) Nevertheless this gave us a country of origin and also a more accurate address.

Here we hit a problem: the address listed related to a French cloud hosting provider’s company office building in Roubaix, near the city of Lille on the border between France and Belgium. The company itself appears entirely legitimate, so it’s likely a server there has been hijacked or otherwise used inappropriately by a customer of the provider.

A reverse DNS lookup via an online US Security tool suggested the hosted domain name’s registered contact person was based in an apartment building in district 56121, Thessaloniki, Greece, and even listed a gmail address and phone number for the named contact (redacted.)

Had we wanted to, there’s an opportunity here for mischief, but here we decided to end our search – with sufficiently detailed information to report to customer services of the French hosting provider whose server had been misused to distribute the email.

Although it’s likely the original source had been found, it’s possible the Greek client registering the domain name was themselves a victim of the Phishing email or a similar scam.

As a case study, Lewis’ virtual chase across Europe hunting down email scammers highlights how every business is at risk from a globalised world of threats – anyone can be struck by a dangerous email from anywhere, and even the most local businesses need to take precautions.

For IT Security advice and support – contact Lineal today.