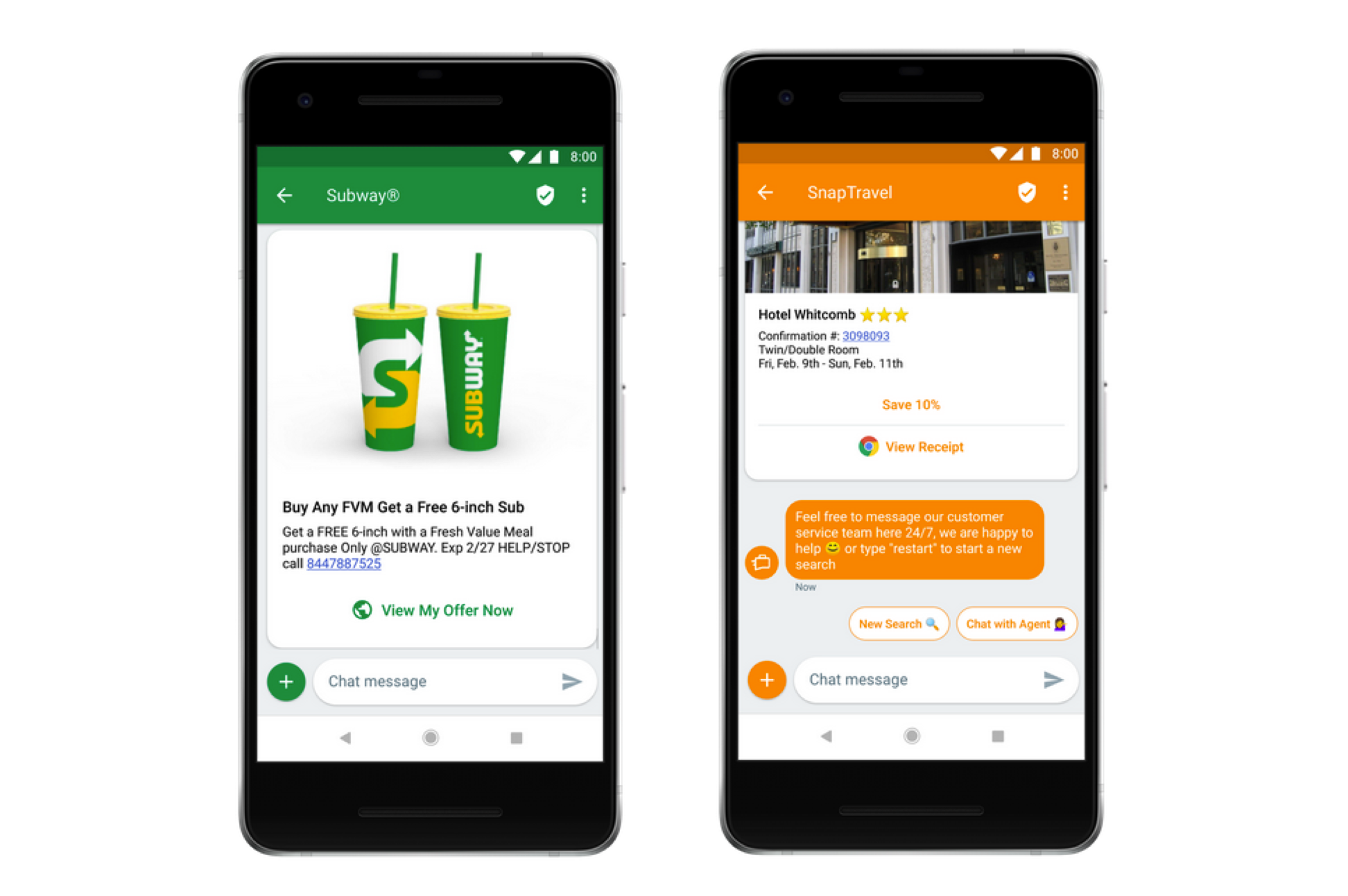 Google have made public their plans to release a comprehensive Android Chat app, comprising of both SMS and a new rich communication standard (RCS.)

In an exclusive with the Verge, Android announced the new app, which looks distinctly like the direct challenge to Apple’s iMessage fans Android have been hoping for, and which will be able to centralise messaging under a single platform.

Unlike Apple users, content with the excellent iMessage, Android users have long been split among a variety of messaging apps. They must suffer SMS run via Android’s ageing ‘Messages’ app, and direct messaging spread out among video/IM hybrid Google Hangouts, world domination software WhatsApp, various invasive species of Facebook Messenger, the re-branded Microsoft Skype app, and Google’s own doomed chat app: Google Allo. It’s all a bit of a mess.

In addition to overhauling this, Android Chat will also be available from a desktop client with SMS abilities (much like iMessage) and include new rich communication standard style messaging familiar to Facebook Messenger and WhatsApp users.

However, in addition to trying to build a fan-base for individual use, Google is presenting fresh opportunities for businesses. RCS has already been trialled by the tech giant in partnership with a number of companies (pictured), who plan to evolve currently SMS-based messaging services into RCS based customer service that integrates more complex tasks, such as calendar bookings and imagery.

Google Allo ran out of steam around 50 million installations. Whether, like iOS, Android can finally centralise disparate systems under a kingmaker will soon be tested.