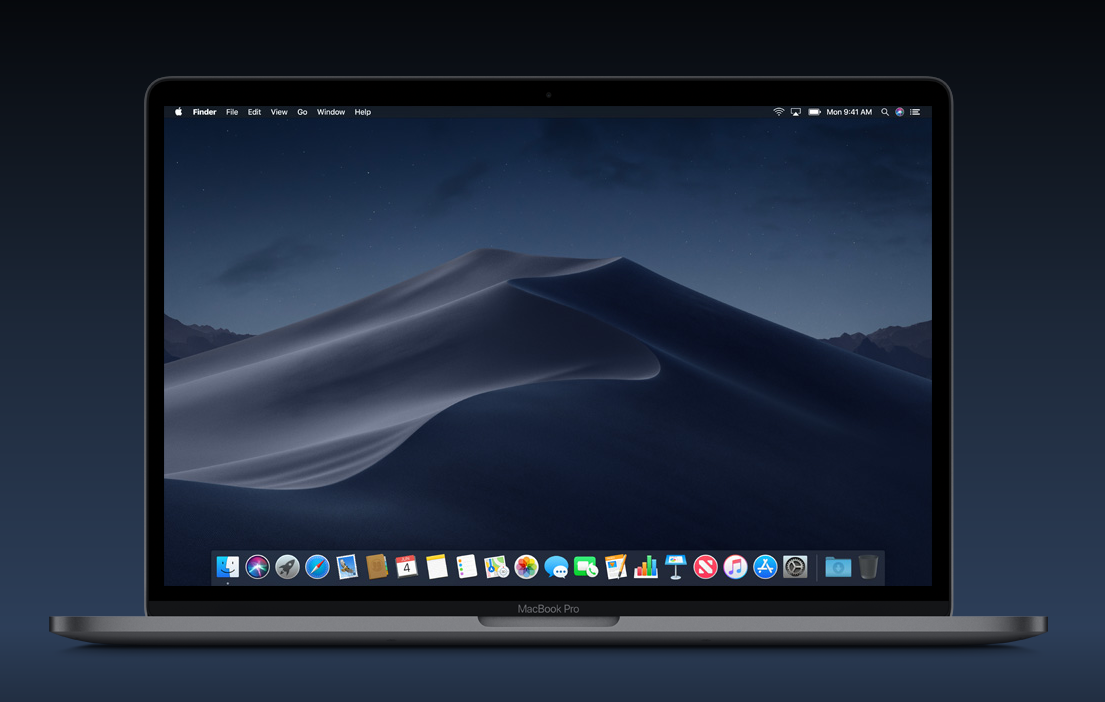 Due out this Autumn (2018) is macOS Mojave – Apple’s latest new operating system for the Mac range.

Named after the arid desert in the Western United States made famous by movies of the same genre, macOS Mojave has been widely pitched as a usability update with a range of new features designed to make it easier for users to stay ‘focused’.

Headlining Mojave will be the new system-wide ‘dark mode’, allowing users to swap between lighter or darker macOS theme to make their Mac less sleep-disruptive and easier on the eye, particularly at night-time.

Far from just being a black background however, Mojave rather artfully adjusts the entire theme and default background through a gentle ‘morning/day/evening/night’ cycle.

There are plenty of new tools too: the desktop can now sort files by type using ‘stakcs’, search by image, and quick edit PDFs and screenshots via Preview.

The tech giant, which recently became the world’s first trillion-dollar company, has also been rumored to be planning new MacBook Air, and Mac Mini devices for release later this year, both of which would coincide neatly with a fresh operating system with the theme of keeping macOS a highly ‘convenient’ system for all settings.

The MacBook Air hasn’t been fully refreshed since its launch in 2010, and the Mac Mini since 2014. While the former occupies a crowded space of various other MacBook and iPad sizes, the latter is long overdue for a replacement.

In a possible nod to the limited physical space where such devices might be used, Mojave can also detect photos automatically from your iPhone and insert the image on your desktop app, into a document or file.

However, an additional update, which Apple initially suggested would allow FaceTime video conversations expand to include up to 32 participants, has been bumped back to a later release.

Apple’s ninth Mojave beta was recently released for public testing, indicating that the full autumn release to the wider public is now not far away.