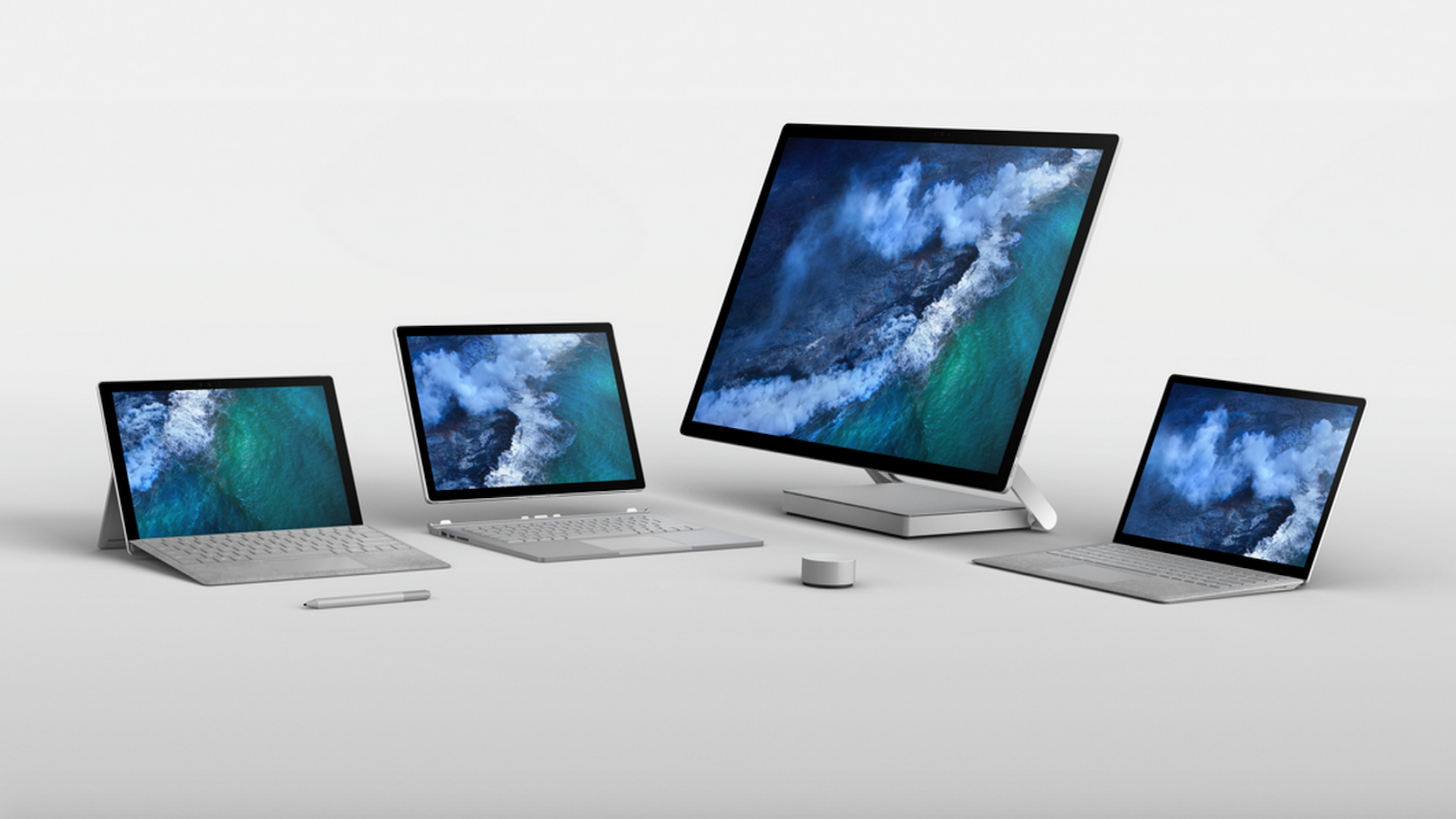 New Surface range devices, including Surface Laptop and Surface Studio, will be available to UK customers very soon according to a recent announcement from Microsoft.

The company’s pledge to make the premium devices available in 17 new countries comes with the announcement of the new Surface Laptop, completing the range of high-end touchscreen with both detachable and non-detachable options.

Lower end models of the new fixed screen ‘Laptop’ version appear to be underpowered with only 4GB RAM, although higher-end models (which will set you back over £2,000) boast an impressive 16GB RAM and 512GB Solid State Drive.

It’s currently unclear whether Microsoft’s enticing North American trade-in scheme, whereby customers can effectively part-exchange qualifying devices (including Apple MacBooks or iPads) for significant discounts towards the cost of a new Surface device, will also be made available in other regions.

Users will be restricted to Windows 10 S as their operating system, which defaults to certain Microsoft products – such as apps downloaded from Windows Store, Edge browser and Bing search.

In addition, the flagship ‘Surface Studio’ and it’s futuristic accessories will also be coming to UK markets, and is likely to quickly become a crowd-pleaser amongst designers and others in the creative industries.

Lineal are a Microsoft Gold Partner – for IT support and Expertise: contact us today.