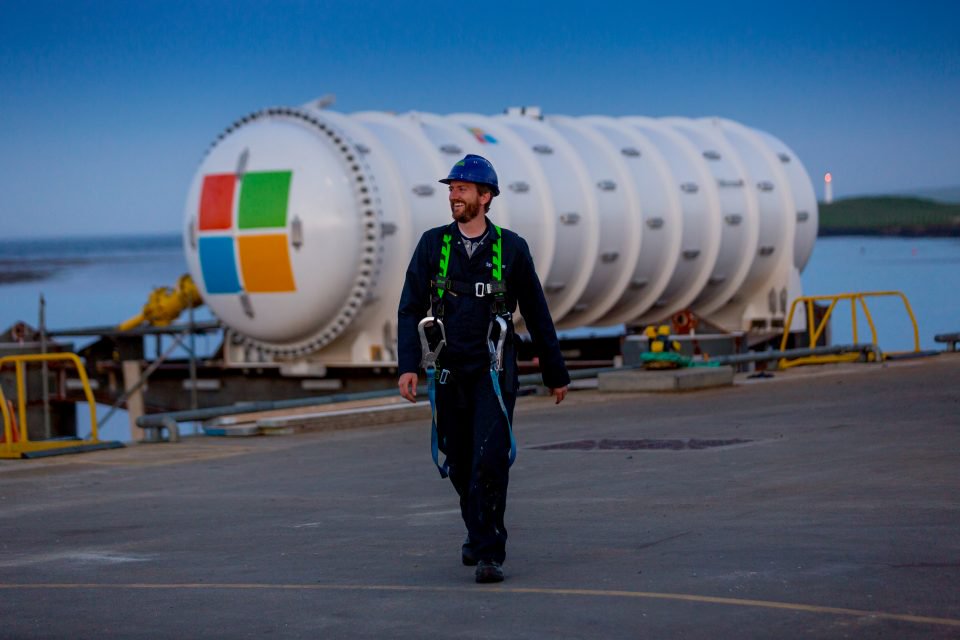 Microsoft have successfully submerged their first underwater datacentre, in a test expected to trial the viability of the technology.

The shipping-container sized server array was lowered to the sea bed near the Scottish Islands, as part of a flagship test for the concept of underwater IT infrastructure.

Project Natick, which is powered entirely by renewable energy via the European Marine Energy Centre’s wave and tidal power generators, will test whether largely autonomous data centres might be deployable in areas where sea-water cooling can be used to manage excess heat.

This kind of cutting edge research and development (described by one Microsoft Vice-President as ‘Crazy’) represents a significant engineering challenge: in addition to surviving water pressure, the datacentre’s server arrays must connect via undersea cable and function for five years without physical maintenance before the capsule is recovered.

Undersea communications cables have been in use since the 1850s, although maintaining complex fixed underwater infrastructure is a feat so far only managed by the oil & gas sector.

Conventional land-based datacentres (such as those used to deliver Microsoft’s Office 365 and Azure services) require high electricity usage and infrastructure to spin fans for air-cooling. Without efforts at carbon off-setting currently used by Microsoft, this would carry significant environmental cost – creating an incentive to ‘heat sink’ the technology underwater.

Microsoft also notes that almost half the world’s population lives near large bodies of water (a legacy of a previous millennium), and that in future the underwater datacentre may prove a solution to the issue of secure delivery of cloud services closer to point of use.

Lineal are a Microsoft Gold Partner – for expertise and support: contact us today.