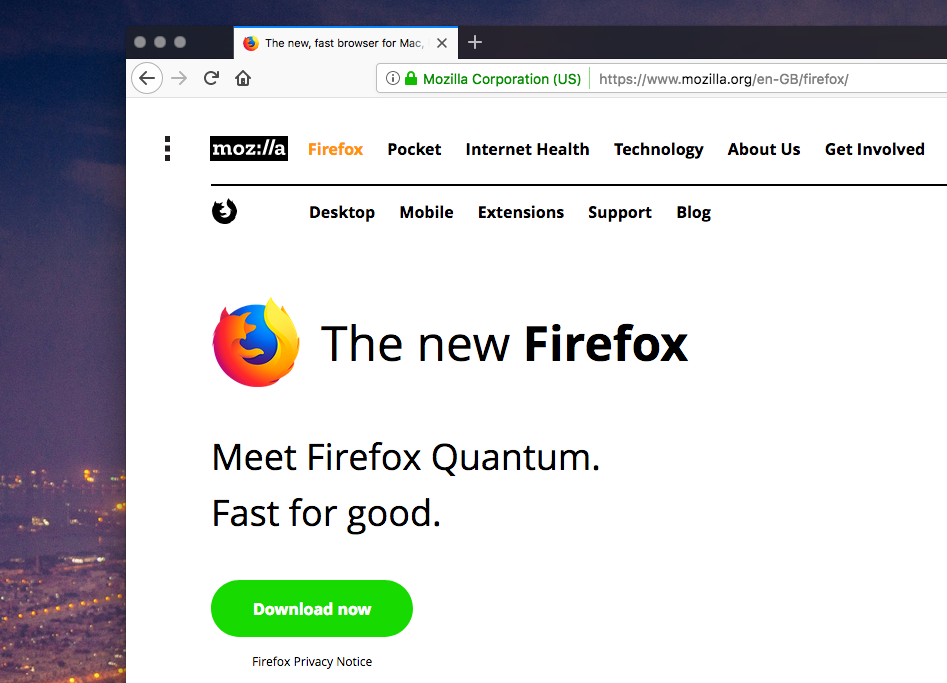 Firefox Quantum has been released to the world, in Mozilla’s biggest browser release since 2004.

Mozilla’s newest version of their flagship open-source browser project is by far the fastest ever version, with a visibly quicker, crisp style and 30% less memory usage than Chrome. In a subtle nod to Microsoft Edge’s fading promise, the project claims the new Browser will be fast ‘For Good.’

Lineal’s team have been impressed by how jaw-dropingly quick the new browser is. Strip back the home screen to nothing but a search bar and jumping to your first optimised web-page is like turning the page of a book – the kind of responsiveness Google say they want to one day achieve with Chrome.

And Firefox must stand up to Chrome. Google’s own web-browser has become the closest thing to an internet standard since competition rules finally punctured Internet Explorer’s dominance in the mid 2000s.

Chrome’s flat-packaged browser now accounts for around 60% of all normal web use, and increasingly eclipses major rivals like Firefox, Microsoft Edge, and Safari. This level of conformity may be unhelpful – just as Microsoft’s old defacto-monopoly of the browser market arguably prevented Internet Explorer from developing, to the detriment of web users, so Google Chrome’s dominance needs to be challenged. If not by Firefox, then whom?

Not comprehensively challenged, sadly: Firefox Quantum moves Mozilla from using Yahoo! search by default, to using Google, where the search giant is even further ahead. Mozilla will also inevitably fall far behind Google on mobile, where it runs on under 1% of devices thanks in part to Google’s own development of the Android platform.

Nevertheless a super-fast, community-driven browser for the future of the Internet (even on desktop) really is a breath of fresh air.

Firefox Quantum is available from the non-profit Mozilla’s website for Windows, Mac and Linux.