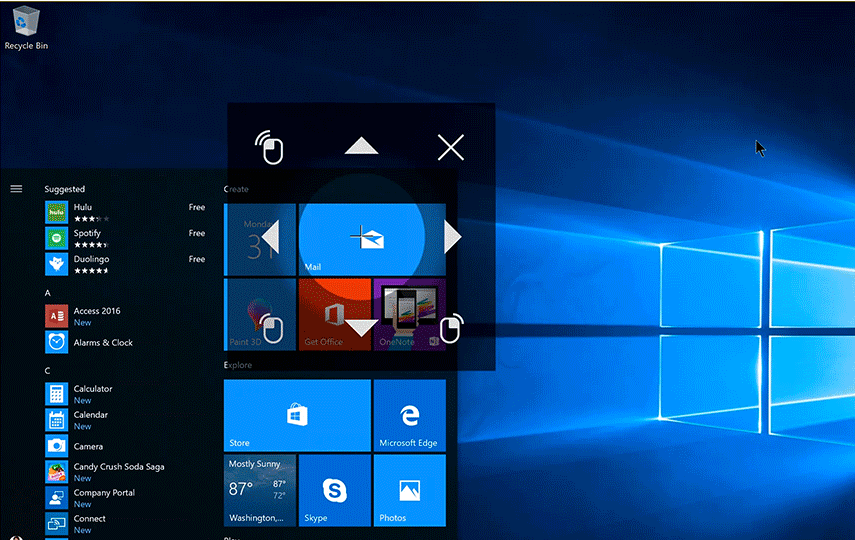 Microsoft have announced the introduction of eye-tracking cursor and typing controls, as part of the latest Windows 10 Insider Preview Build.

‘Eye control’ is due to become a new accessibility feature (think those unable to use conventional physical controls), which uses a dedicated camera to track the tiny movements of your eyeball and triangulate where the user is focused on screen.

The technology itself is brought to you by Swedish eye-tracking software developer and camera company Tobii – working in partnership with Microsoft, and various health groups, for example Motor-Neuron Disease patient communities. Specialist cameras can be designed into special devices, retrofitted to the base of a device screen as a peripheral, or fitted into the user’s glasses.

Tobii’s ‘Eye Tracker 4C’ is the very first to support Windows 10, and the company clearly sees widespread roll-out as part of a mainstream operating system to be their best route to widespread adoption and awareness of the assistive technology among a broader user-base. Sight-based control has already been used successfully in gaming and other consumer fields, but introduction as a ‘baked-in’ part of Windows 10 would be setting a new standard for usability in business IT.

Independent research suggests that users may initially find eye-tracking controls tiring after long periods of use, such that their PC usage time may need to be moderated. In addition, recent studies have suggested that although eye-tracking data is not considered by legally classed as ‘biometric’, it is possible to identify users by their eye-tracking data from PC use, in much the same way that a key-logger might record unique typing data.

However, with Windows 10 now running on over 270 million devices, eye-tracking abilities may be seen on a PC near you sooner than expected.

Lineal’s IT Support team are certified as a Microsoft Gold Partner – for advice and support, contact us today: 01271  375999