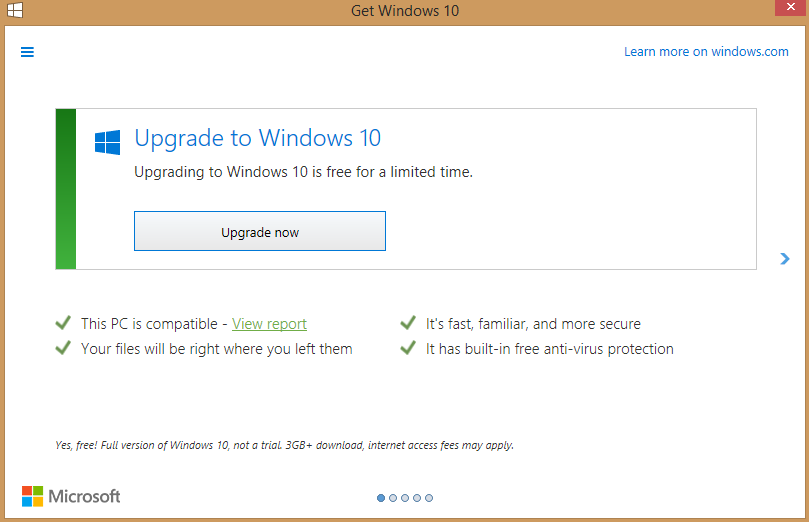 Edit – 14:15 25.05.16: Following customer feedback, Microsoft have now added an additional pop-up which confirms update scheduling time to give users an additional chance to opt-out of the update.

A Microsoft ‘trick’ which prompts an automatic upgrade to Windows 10 has been condemned as misleading by PC users.

Microsoft’s Windows 10 update prompt was recently changed so that the ‘X’ close button, instead of closing the prompt, schedules an automatic update. PC World declared the change a ‘trick’ and Windows users who preferred older operating systems took to social media to complain.

This is likely to catch out many users who have ignored the ‘GWX app’ so far, who until recently would have used the close button as their only way to close the updater and avoiding an automatic Windows 10 upgrade. Once upgraded by mistake, PC users must use Microsoft’s rollback service to return to Windows 7 or 8.1.

Escalating measures to push users towards upgrading demonstrate Microsoft’s drive to reach its stated target of one billion users running Windows 10 by the start of its 2018 fiscal year (beginning around October 2017).

For Windows IT support and expertise, contact Lineal today.