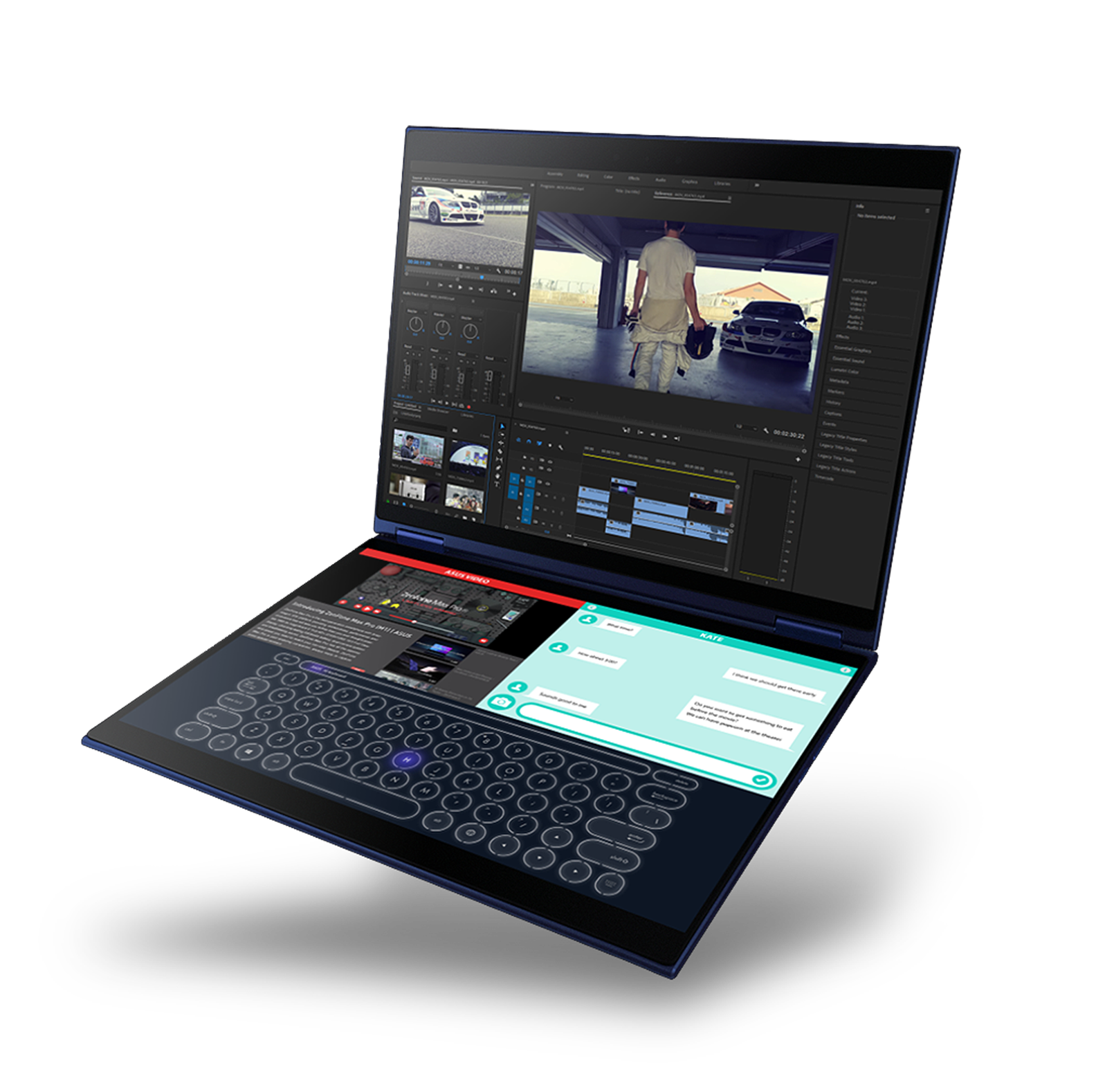 The Zenbook Pro 15 (released this month) includes a secondary ‘ScreenPad’ in place of the touchpad, which acts as an additional HD touchscreen for controlling basic functions on popular apps, or can be turned off to function as on other laptops.

‘ProjectPrCog’ is ASUS’ more experimental offering: a promising futuristic laptop where the keyboard is replaced entirely by a second touchscreen which can be software driven for both typing and alternative displays, depending on whether typing is required.

The idea of dual-screen laptops has a troubled history, having spawned some curious inventions that never quite caught on. Some of these have been low-key, smartly implemented, but a little underwhelming (think Apple’s MacBook Pro Touch Bar) or very obvious, completely whacky and unpopular – like Lenovo’s W700ds monstrosity.

Firstly, it’s not entirely clear what the purpose of a second screen is: a segregated extra screen-space simply isn’t as useful as extra shared space on the main screen. If 15.6” is not sufficient, why not purchase a 17” laptop? On MacOS, Android and Windows, smart screen clipping tools are available for more efficiently dual-running apps side by side, making the actual re-arrangement of windows less necessary.

Secondly, if pressing a keyboard shortcut (F6) is required to activate the ASUS ScreenPad, many users will surely leave it off permanently, rendering the eyebrow-raising  $2299 price tag of the Pro 15 largely unjustified.

However, ASUS’ second suggestion probably carries better longer-term potential, and is not the first attempt at a touchscreen keyboard from a mainstream PC provider – Lenovo have attempted to float something similar as a primarily creative tool with their Yogabook range. Successfully reclaiming the lower half of the laptop for additional screen-space would allow ASUS to be first in developing a huge variety of innovative potential uses.

The notion of software keyboards on a variable display have failed in the past because of a lack of keyboard ‘feedback’. Users do not experience the true sensation of a key being ‘pressed’ – the same problem that makes typing feel less intuitive on tablets and mobiles to all but the most habitual device users.

Whether the unreleased ASUS ‘ProjectPreCog’ will finally solve this control problem is likely to determine the dual-screen laptops true viability.