Android Oreo released to the world - News | Lineal IT Support 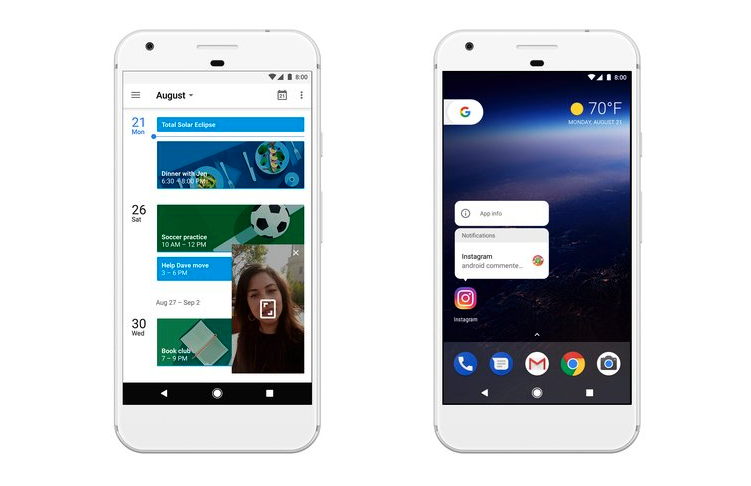 Android Oreo, the latest version of the popular Google-developed smartphone operating system has been released publicly.

Version 8 of Android’s sweetly-named world domination plan was announced to coincide with 2017’s solar eclipse, visible across much of North America, and includes a number of upgrades to software performance and device functionality.

The most visually compelling changes are the partial screen management of apps – in particular Android’s new ‘notification dots’ which launch a floating speech bubble-style notification from the app icon itself, and ‘picture-in-picture’ app-minimisation into a small corner screen allowing app-multitasking.

The defining test for this will be whether users increasingly see their smartphones as even more powerful workhorse devices, capable of running a computer-style ‘desktop’ of apps all at once, or find the extra content on screen overwhelming.

In hardware terms, Google claims Android Oreo will bring significant advantages behind the scenes improving app security from Google Play, battery life, and system performance. This last benefit has been achieved, Google adds, by the way Oreo will limit the computing demands of background apps not being displayed.

There are also nods to the latest trends – fresh emojis for the newest standard of Unicode, richer screen colours (subject to device) and, in a move likely to be welcome amongst recovering smartphone addicts: intrusive notification ‘snoozing’.

At the time of writing, Android Oreo is currently only available in Beta, with Google’s own Pixel and Nexus handsets widely expected to be the first to receive the new update. Third-party developers (prolific in the open-source universe of Android) are likely to be spoilt too: with early availability and various development tweaks, such as tooltip functionality and new API tools for Oreo apps.

Timescales from the other Android smartphone manufacturers are unclear – although speaking to TechCrunch: LG, Huawei, HTC, Blackberry and OnePlus statements suggested a willingness to offer Android Oreo to customers sooner rather than later, with Motorola and Samsung sounding slightly more cautious.

For IT Support and technical expertise: contact Lineal’s IT support team today.