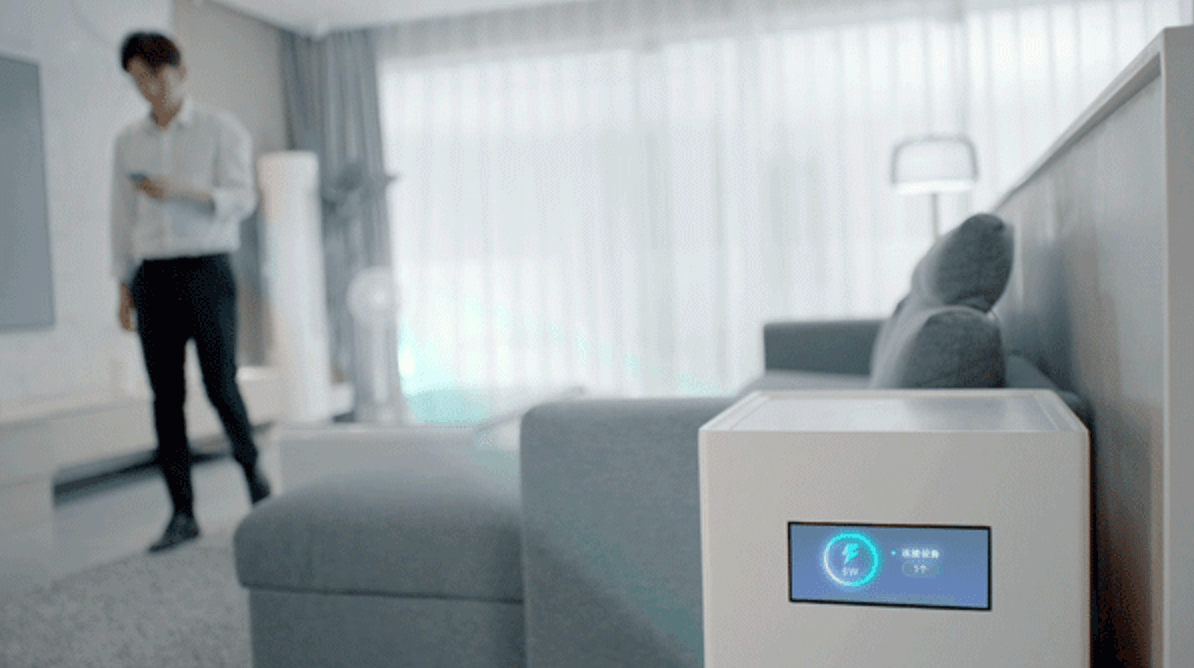 Mi Air Charge allows a special charging beacon in the home to detect a device, such as a smartphone, and directionally provide up to 5W of wireless charging at a distance.

The company claims this is the first ‘truly’ wireless charging technology that doesn’t require a device to be physically placed at a base station for induction charging.

144 antennas comprising a phase control array allows the beacon to direct millimetre-wide charging waves via beamforming to a special rectifier circuit on a Xiaomi smartphone handset that recharges the device battery. The company believes similar technology will eventually be available for smartwatches, smart speakers and other home devices.

It’s not yet clear how far a user will be able to roam from the beacon, although Xiaomi claim the charging will work at ‘several meters’ distance.

Although the device is largely a marketing prototype at this stage, Xiaomi are expected develop it into a viable consumer product. The corporation has been officially listed on the Hong Kong Stock Exchange since 2018, and is focusing on ‘Internet-of-Things’ (IoT) devices and supporting technology.

For IT support and expertise, contact our team today.