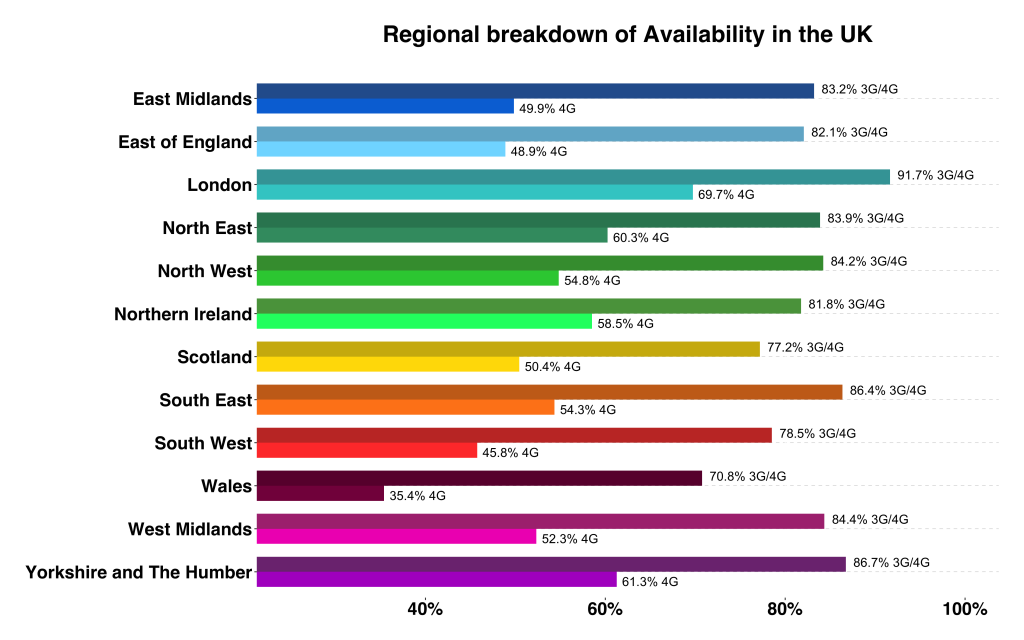 New data has suggested the South West is among the worst regions in the UK for poor quality 3G / 4G mobile signal.

Research by OpenSignal, in a pioneering coverage study using data crowdsourced from phones across the UK, reported the South West as among the worst three scoring regions for both 3G and 4G mobile signal availability (alongside Wales & Scotland). All three regions reported 3G availability below 80%.

Average 3G speeds of 11.48Mbps also placed the South West as one of the slowest in the UK, although 4G speeds were significantly better, possibly reflecting less intensive usage by comparison to urban areas.

Indeed, high availability of 4G signal in London appears to have resulted in the worst average speeds in the UK at under 19Mbps. OpenSignal attribute this shortfall to ’higher levels of congestion’ from data hungry users accustomed to reliable 4G signals.

Unreliable mobile signal availability and slow speeds presents serious challenges to those needing to work remotely or overly-reliant on cloud-based services for business continuity, although the study notes that some networks have significant plans to boost capacity.

For now, businesses in the South West seeking more reliable signals for mobile working should consider the installation of enterprise-grade signal boosters (available for both buildings and vehicles) or the much anticipated release of cost-effective ‘Multi-net’ on the new Gamma Mobile platform: permitting business phone users to automatically jump networks to help obtain signal, at no extra cost.