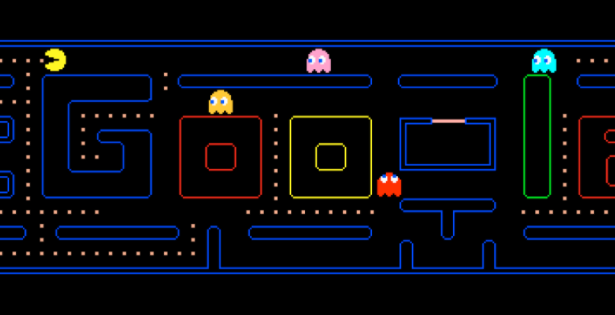 Google search is by far the world’s biggest search engine (sorry Bing), but some of its more hidden Google games, apps and tools are lesser known – a reward for a lucky few.

Got a few minutes to kill? Here’s some of our favourites:

Google’s Chrome browser contains an offline game for when your browser can’t connect to the internet: T-Rex run charts the journey of a pixelated dinosaur in her/his quest to reach the right hand-side of the screen.

Press space bar to begin, jump over obstacles and try to set a new high score. Perfect for killing a couple of minutes when your router is re-starting.

For those with a frustratingly reliable internet service, an online version of the Chrome T-Rex Runner is available here.

Like Google Earth, Google Sky allows you to explore the heavens with useful overlays for learning the constellations, and zooming into high quality NASA photography of distant galaxies where available.

For extra wonder, search out the ‘Ultra Deep Field’ image, captured by the Hubble Space Telescope in 1995 – the furthest optical point humanity has ever seen.

For the creative-type, Google added this guitar widget to its hidden Google games in 2011. Move your mouse over the strings to compose a musical masterpiece, and record your jamming session with a handy record function.

Google’s doodles have become an almost daily feature – celebrating everything from the World Cup, the birthdays of famous inventors and the anniversary of beloved 1980s classics.

The doodles normally link to a relevant search term intended to educate, but just occasionally games – such as a wonderful ‘Google-themed’ Pacman widget from 2010.

The productivity team over at RescueTime estimate that Google’s heartwarming arcade game was actually played for over 4 million hours by distracted office-workers worldwide, costing roughly $120m in lost employee productivity.

Lineal’s IT team can in no way condone such behaviour. Now get back to work.